Holy Trinity School was officially opened on 31st. March, 1963 with an enrolment of 100 boys from 4th. Class to First Form (Year 7). The concept of a separate Boys' School, was instigated by the Parish Priest, Monsignor Healy in the late 50's. Within 4 years, however, Holy Trinity became co-educational for First to Fourth Form but still only had boys from Years 4-6.

The first buildings constructed were the two-storey block and the adjacent block. Together they comprised seven classrooms, a Library, Science Lab, Gymnasium, Tuckshop, Headmaster's Office and Staff Lunch Room. The School was wholly staffed by De La Salle Brothers. The first Principal was Brother James Thomas.

By 1975 it was decided that Catholic education would be best served if all classes were taught on the one site. The Parish purchased and relocated buildings from the Copeton Dam village and turned them into six Primary classrooms.

In 1976, all Primary classes relocated to the Holy Trinity campus with Sr. M Vianney (now Sr. Mavis) as Primary Coordinator. Plans were already being made to move all Infants' students to Trinity. This happened in 1979 following the building of six classrooms and the current Admin. Block. Sr. Bernard was Infants' Mistress at the time. Those classrooms were completely refurbished in 2013 to provide for educational technology and practical activity areas.

The De La Salle Brothers finished their association with Catholic education in Inverell at the end of 1978 and Mr. Jim Doran was appointed the first Lay Principal. In 1981 Mr. Laurie Breen was appointed as Principal. Also in 1981, building commenced to replace the Copeton Dam Buildings to provide eight new classrooms, a Primary Office, AV Room and an upgraded Canteen Block.

In 1987 the Gymnasium and old Tuckshop were turned into the Library with the intention of building a new multi-purpose facility.

Holy Trinity Hall was completed in August, 1990 and officially opened in March, 1991.

A multi million dollar building program in 2010-2011 enhanced learning opportunities, providing specialist performing arts, technology and resource facilities and refurbishment of the K-2 classrooms in 2013 has ensured that they are contemporary learning spaces.

In 2014 the Agricultural plot on Glen Innes Road was upgraded to a Primary Industries Trade Training Centre. 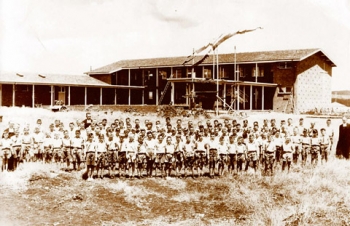 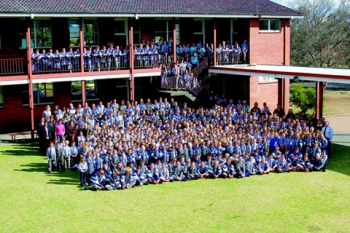